We look forward to next year’s Parade. Please check back on our website in early 2023 for details on how to participate.


The National Puerto Rican Day celebrates and honors the leaders, educators, artists, and celebrities that have left a cultural footprint on this nation.

Nick Rivera Caminero, known as Nicky Jam, is recognized around the world as a pioneer of Latin Urban music. Born in 1981 in Boston, as a boy he moved with his family to Puerto Rico. At the age of 11, he recorded his first album Diferente a Los Demás (Different From the Rest), which attracted the attention of DJs and artists on the island.

As a young adult, Nicky Jam quickly rose to the top of his genre with radio hits including “Yo No Soy Tu Marido”, “Me Voy Pa’l Party”, “Fiel A Tu Piel” and “La Combi Completa” among others. He toured the world and became one of Latin urban music’s first international stars.

Just as he was enjoying his hard-earned accomplishments, his life took a 180-degree turn. Suddenly, instead of being on stage, he was in prison, and he fell into a deep depression. Finally, after three years out of the limelight, Nicky Jam performed a show in Colombia. There, he found an audience that was ready to give him a second chance. He vowed to show his fans that he had escaped drugs and alcohol. With discipline and hard work he began to make up for lost time.

He soon decided to move to Colombia to rebuild his career. In 2012, he created a low-budget music video that went on to rack up over 15 million views on YouTube. In 2013, he debuted his new image and returned stronger than ever. He notched five radio hits: “Piensas en Mí”, “Curiosidad”, “Juegos Prohibidos”, “Voy a Beber” and the global hit “Travesuras”. At the time, “Travesuras,” was Nicky’s international comeback hit after a 10-year absence from the charts it peaked at #4 on Billboard’s Hot Latin Songs.

Miguel A. Cardona is the 12th U.S. Secretary of Education. Secretary Cardona has dedicated his career to serving students, educators, and families as an elementary school teacher, school principal, district administrator, and, most recently, as commissioner of education for the state of Connecticut. Secretary Cardona’s focus on equity and excellence for all learners has driven his work at all levels of the education sector. Secretary Cardona has led the federal government’s effort to support states in reopening America’s public schools for in-person learning amid the recovery from the pandemic, moving from only 46 percent of schools open when President Biden took office to nearly 100 percent of schools open today. Under Secretary Cardona’s leadership, the U.S. Department of Education also has distributed historic funding through the American Rescue Plan to support K-12 schools and colleges and has granted more than $13 billion in student loan forgiveness.

A multimedia powerhouse, Angie Martinez is the reigning queen of radio and quickly becoming an empire in her own right. With nearly 20 years of on-air experience, the Power 105.1 host is also an author, actress, television host, recording artist, brand spokesperson and activist for youth and health awareness.

Starting as a station intern when she was just a teenager, fetching coffee and driving the street team’s van, Angie has grown up in the radio world alongside her mother, a program director at a smooth-jazz station.

Angie has an interview roster that reads like a who’s-who of today’s top power players, getting up close and personal with icons ranging from President Obama to Jay Z and Beyoncé and from Kim Kardashian to Naomi Campbell. But she is more than just a voice on the airwaves- Angie is a passionate voice for her community- and an icon all her own.

The media mogul made the much buzzed about switch last summer over to iHeart Media, where she started The Angie Martinez Show on New York’s Power 105.1 weekdays from 2p – 6p and on Miami’s The Beat 103.5 middays from 10a – 2p.  You can also catch her on Extra TV as a correspondent interviewing everyone on the carpet from Lady GaGa to Jennifer Lopez.

Angie is also a healthy living advocate, with her own site Healthy Latin Eating which she created to provide deliciously fresh, low-cal spins on traditional Latin favorites.  She has recently released her cookbook “Healthy Latin Eating” that she co-authored with Bravo TV “Top Chef” Star Angelo Sosa including recipes from celebrity friends like Fat Joe, Celia Cruz, John Leguizamo, and many more.  In November 2014 Angie participated in the New York City marathon after months of dedicated training and raised $250,000 for CC Sabathia’s PitCChIn Foundation.

On May 17, 2016 Angie released her first memoir, My Voice (Celebra-Penguin Random House), where she details her story including her climb to becoming a multimedia icon in the world of entertainment and shares never-before-told anecdotes. After the first week with appearances on The Talk, The Nightly Show with Larry Wilmore, People, The Breakfast Club, and New York Times Magazine, the multimedia personality sold out twice online on Amazon.com and in stores at Barnes and Noble locations. The book debuts on both the New York Times E-Book Best Sellers and the New York Times Combined Print & E-Book Best Sellers List.

Fat Joe is a Grammy-nominated recording artist, actor, entrepreneur, philanthropist and media personality that hails from the Bronx, New York. With an acclaimed career that has spanned four different decades, Joe has cemented his legacy as a hip-hop heavyweight, having amassed several multiplatinum and gold studio albums, mixtapes, singles and collaborations, including “Lean Back,” “What’s Luv,” “Make It Rain,” and “All The Way Up,” among countless others. Joe’s musical mastery was on display yet again in 2021, when his hit single “Sunshine (The Light) reached No. 1 on urban radio.

Beyond his unprecedented longevity, Joe – who is of Puerto Rican and Cuban descent – helped play an integral role in bridging the intersection of hip-hop and Latin music, releasing music with Gloria Estefan, Thalia, Ricky Martin, Anuel AA, etc. Joe has also displayed an eye for discovering and developing new talent, having signed the likes of Big Pun, DJ Khaled and Remy Ma to his Terror Squad imprint.

Beyond his music-related endeavors, Joe has developed into a media personality, having launched “The Fat Joe Show,” a nightly Instagram Live talk-show where he has interviewed politicians, musicians, athletes, actors, entrepreneurs and personalities such as Dr. Anthony Fauci, Rep. Alexandria Ocasio-Cortez, Floyd Mayweather, Dwyane Wade, Jamie Foxx, Diddy, etc. Additionally, Joe has served as a guest host for The Wendy Williams Show and currently hosts the official recap for Triller’s VERZUZ platform.

Joe is also the owner and founder of three UP NYC stores in New York City, which sells exclusive sneakers from brands such as Jordan and Nike as well as sports apparel, caps, etc. He has shined in limited acting roles, most notably starring alongside Kevin Hart and Tiffany Haddish in “Night School” as well as in Spike Lee’s “She’s Gotta Have It” Netflix series.

Most recently in January 2022, Joe teamed up with the New York City Mayor’s Fund to Advance New York City to create the Bronx Relief Fund and raise over $1 million for families impacted by the tragic Bronx apartment fire at Twin Parks North-West.

Proceeds from the sales of the t-shirts will benefit NPRDP’s Scholarship Fund.  Your purchase will help support the pursuit of higher education in our community!

T-shirts are $29 and available in black and grey.

the parade in pictures
#PRParade @prparadenyc Please join us on Sept 7th to help raise funds for our NPRDP Scholarship Program - and have a great time! Find more info and get your tickets here: https://t.co/1kqjfNvOK4 https://t.co/vADnJHcCqA 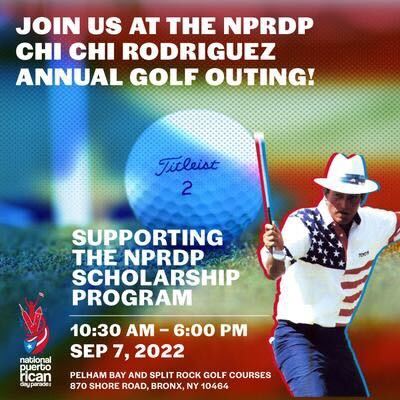 #PRParade @prparadenyc We’re excited to share that our 2021 TV Special on @ABC7NY received 4 NY Emmy Award nominations across 3 categories! We do what we do out of love for our community, but it’s rewarding when our content is recognized as best-in-class. #PRParade #wepa #OrgulloBoricua #NYEmmyAwards https://t.co/7sA4ecDUPa 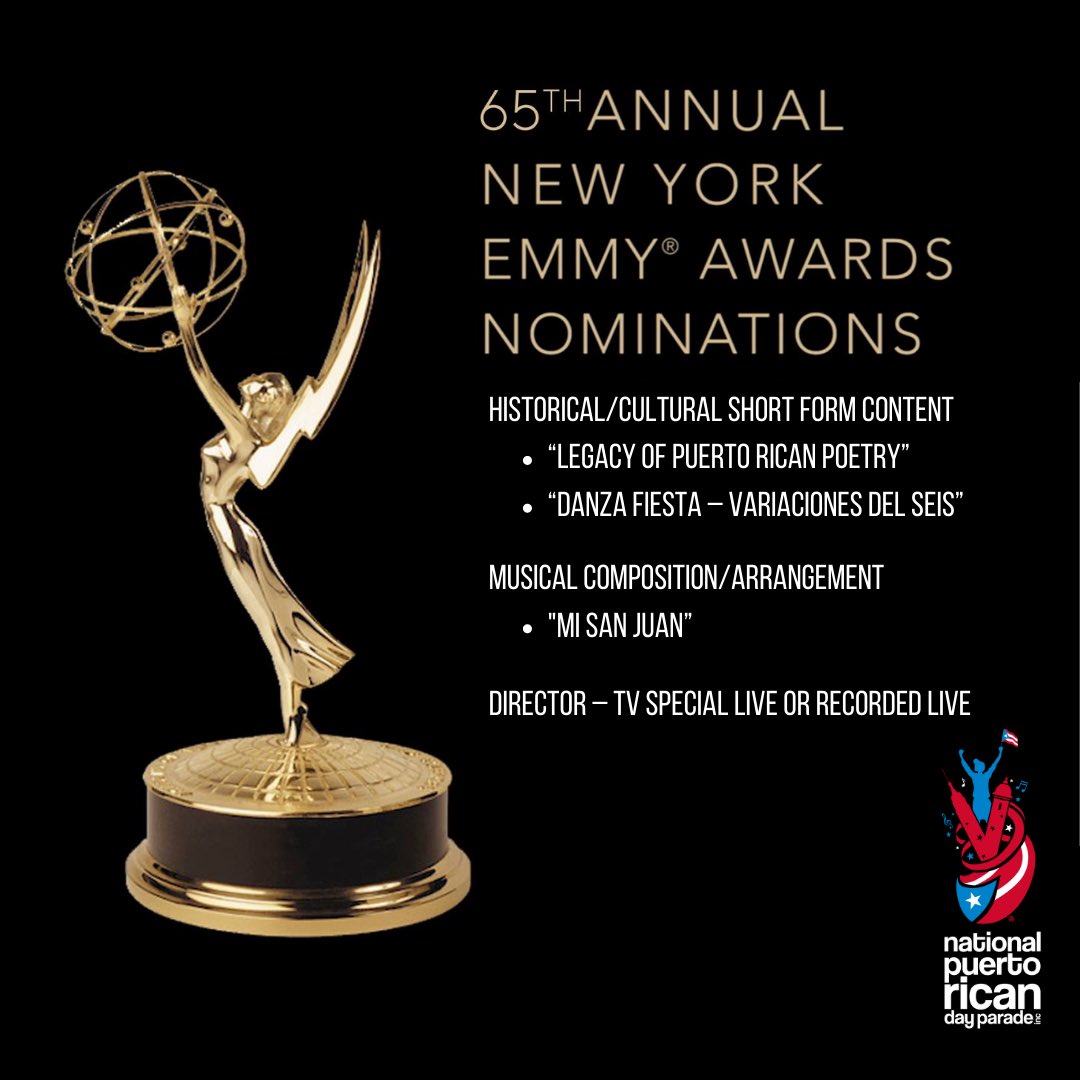 for making the parade possible